the history of gcm.

General Construction Management, Inc. (GCM), values strong relationships, innovative solutions, quality craftsmanship, and customer satisfaction, to maintain the highest level of professionalism in our client-relationships and projects. The Principals of GCM Inc. have over 40 years collectively of construction experience in providing general construction services and construction management leading us to our expertise and knowledge of the construction industry. 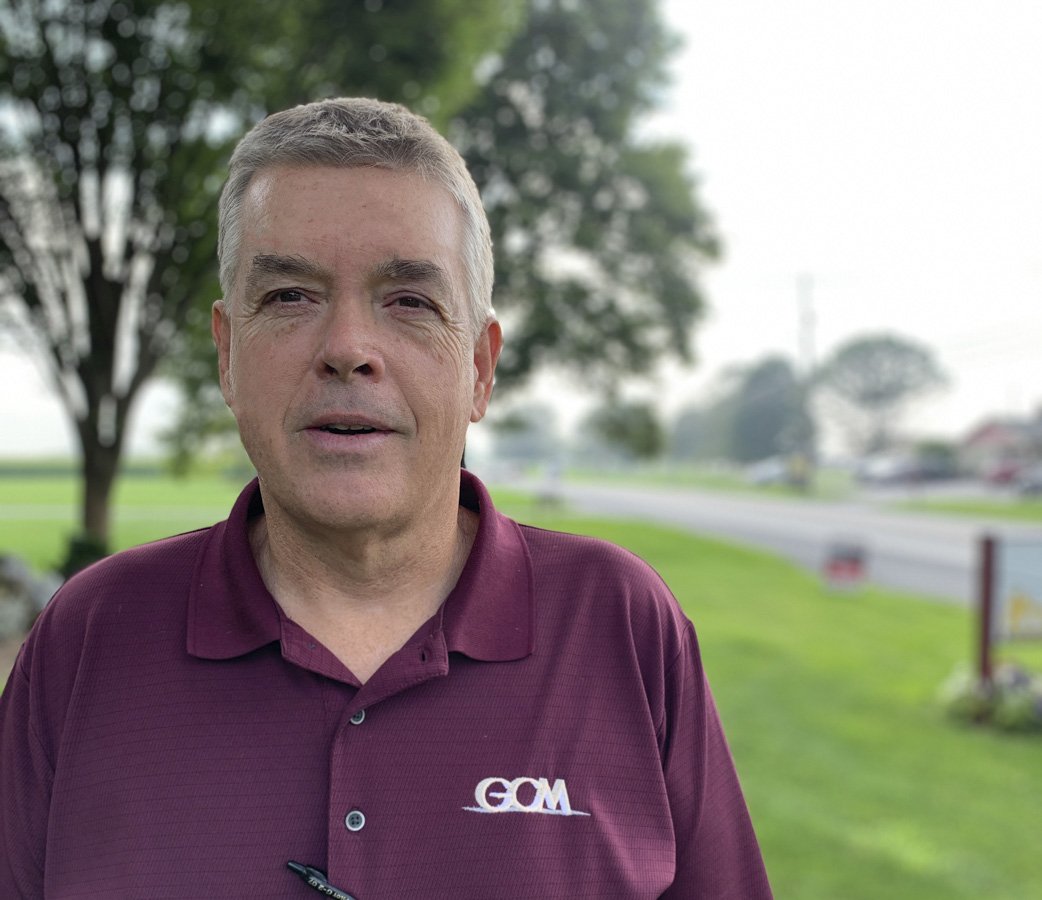 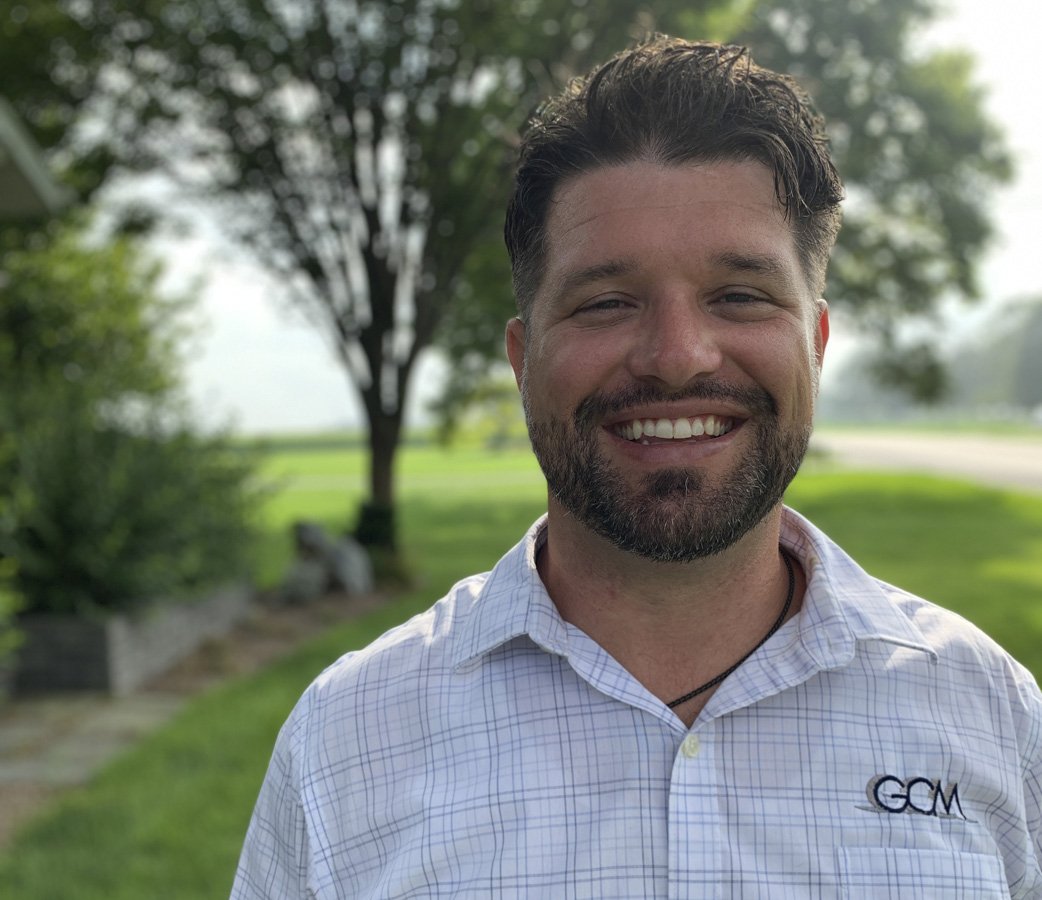 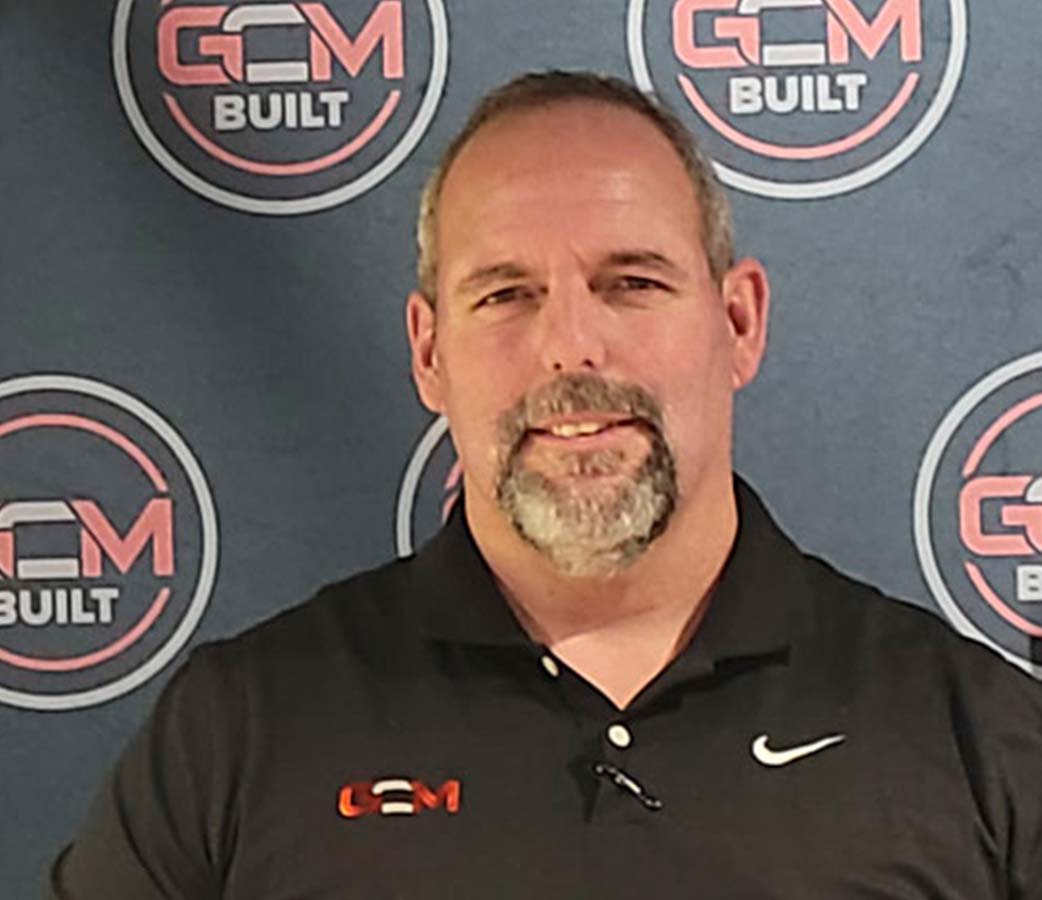 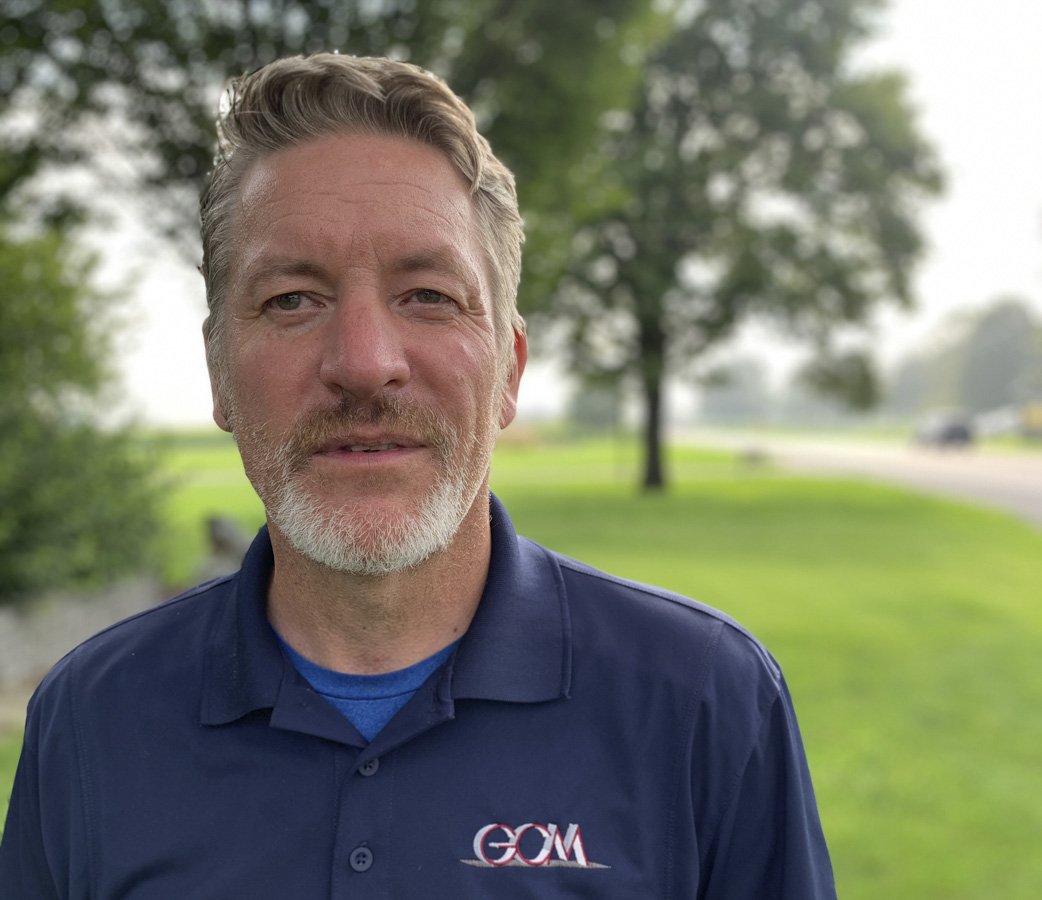 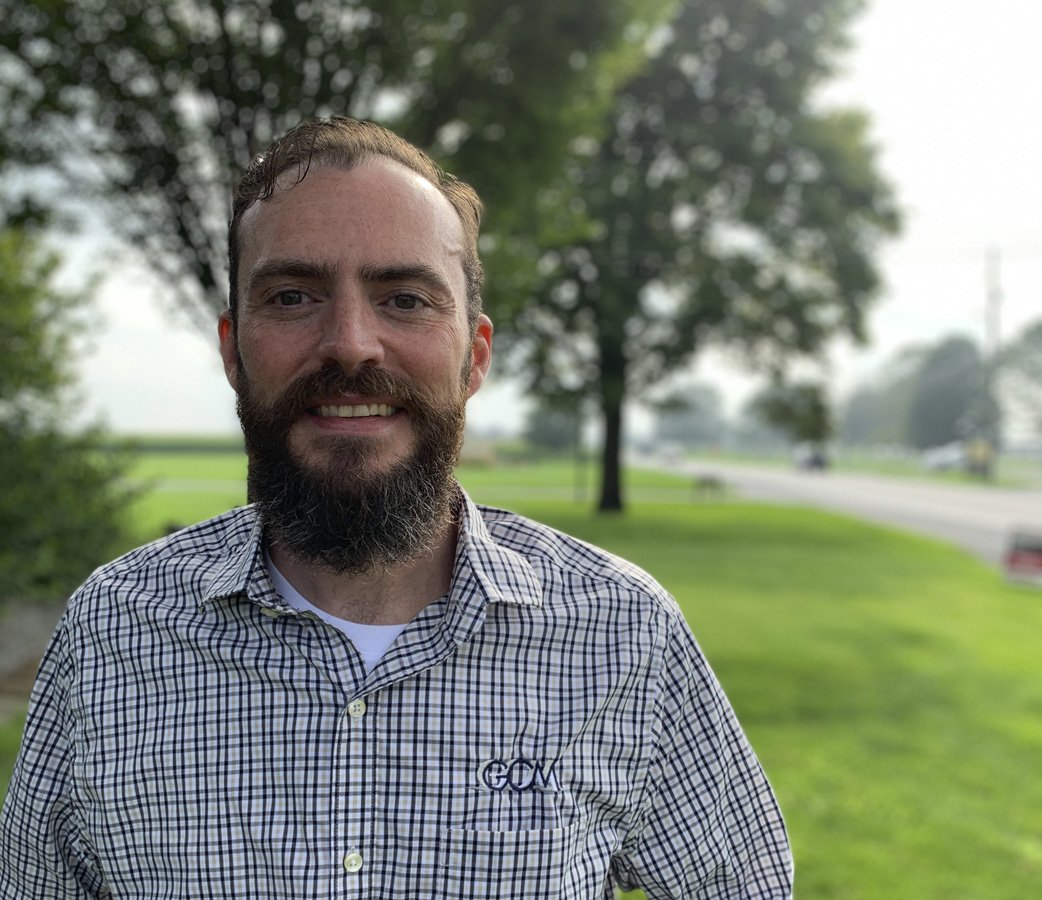 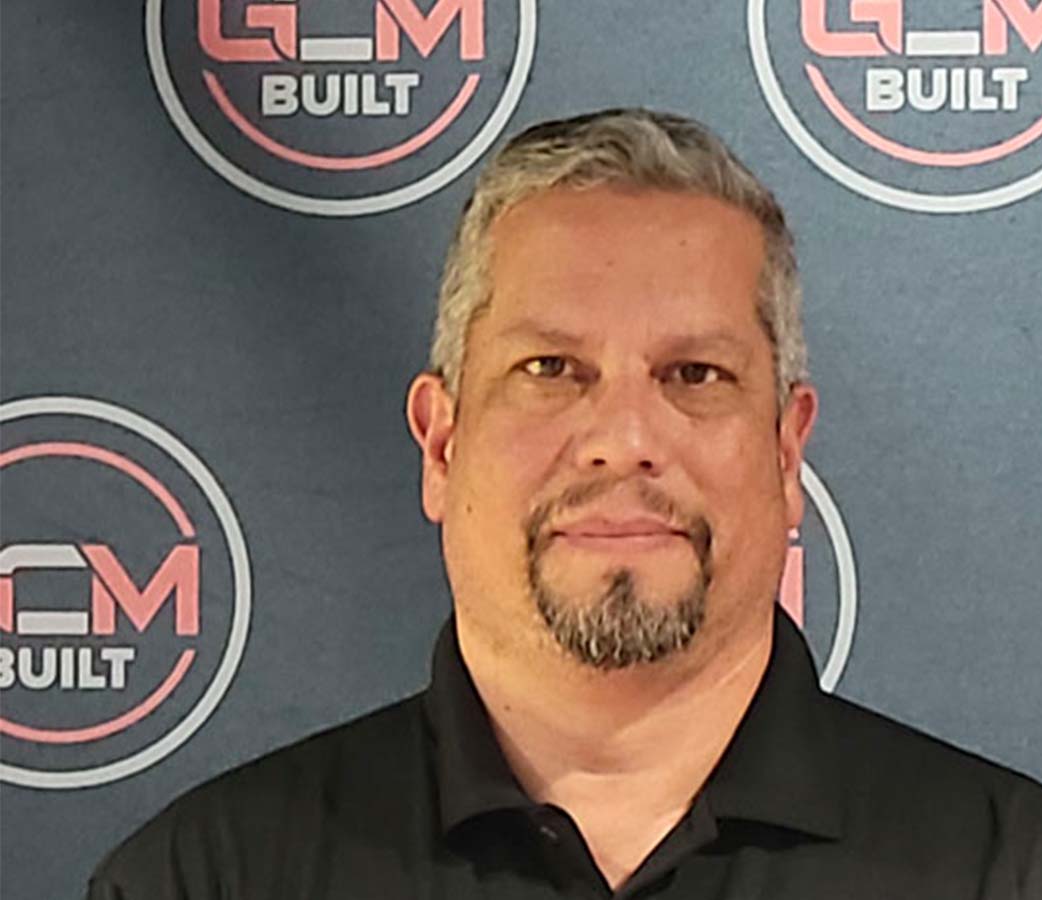 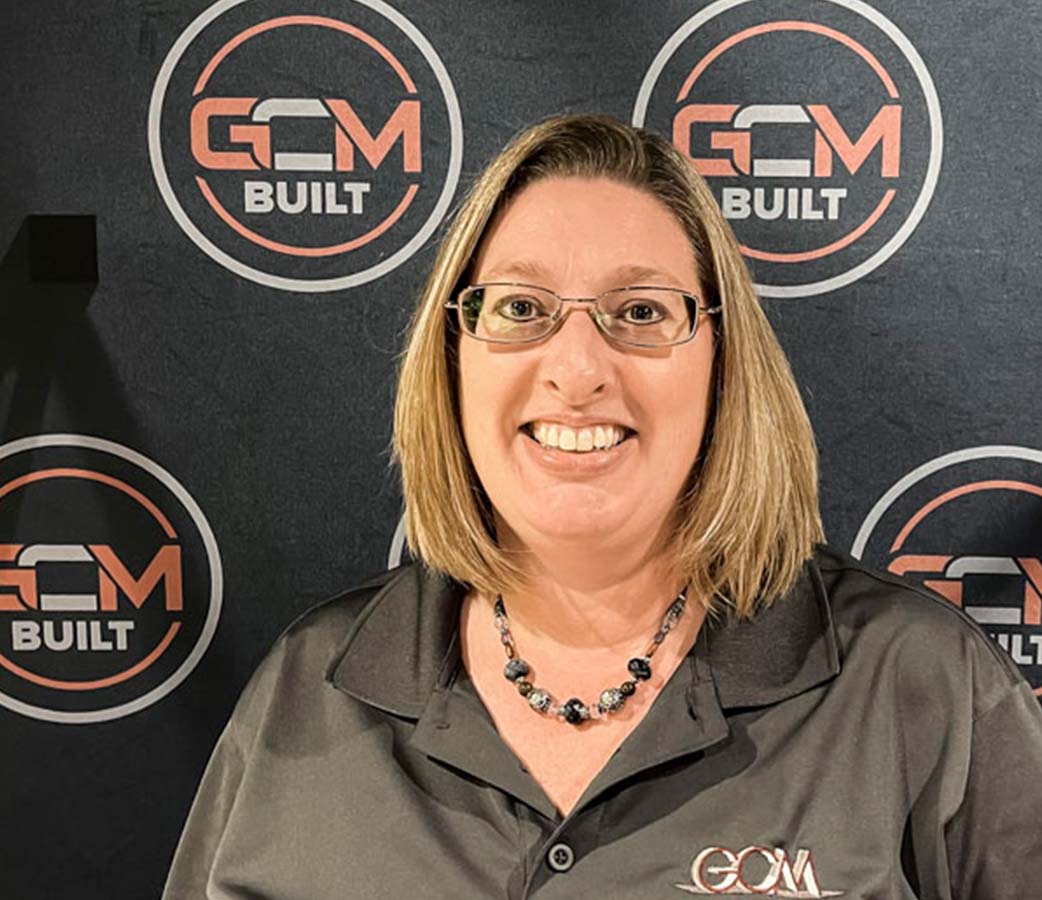 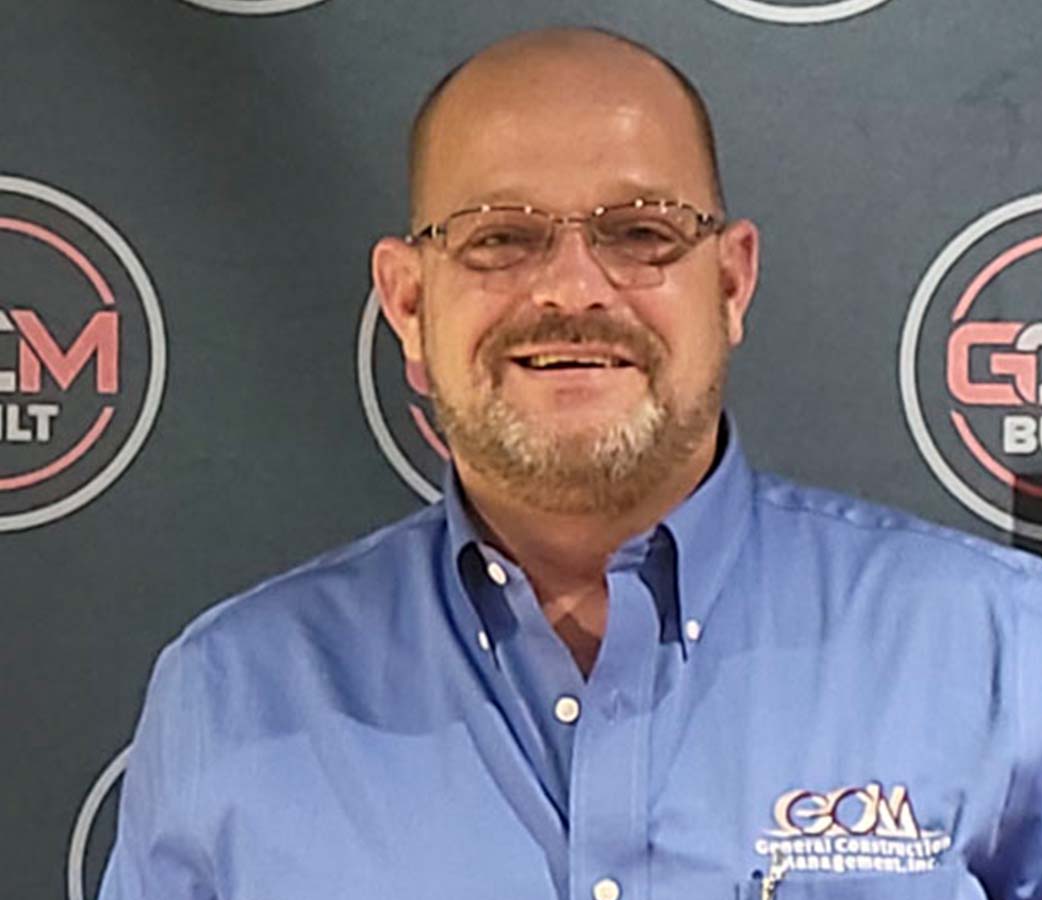 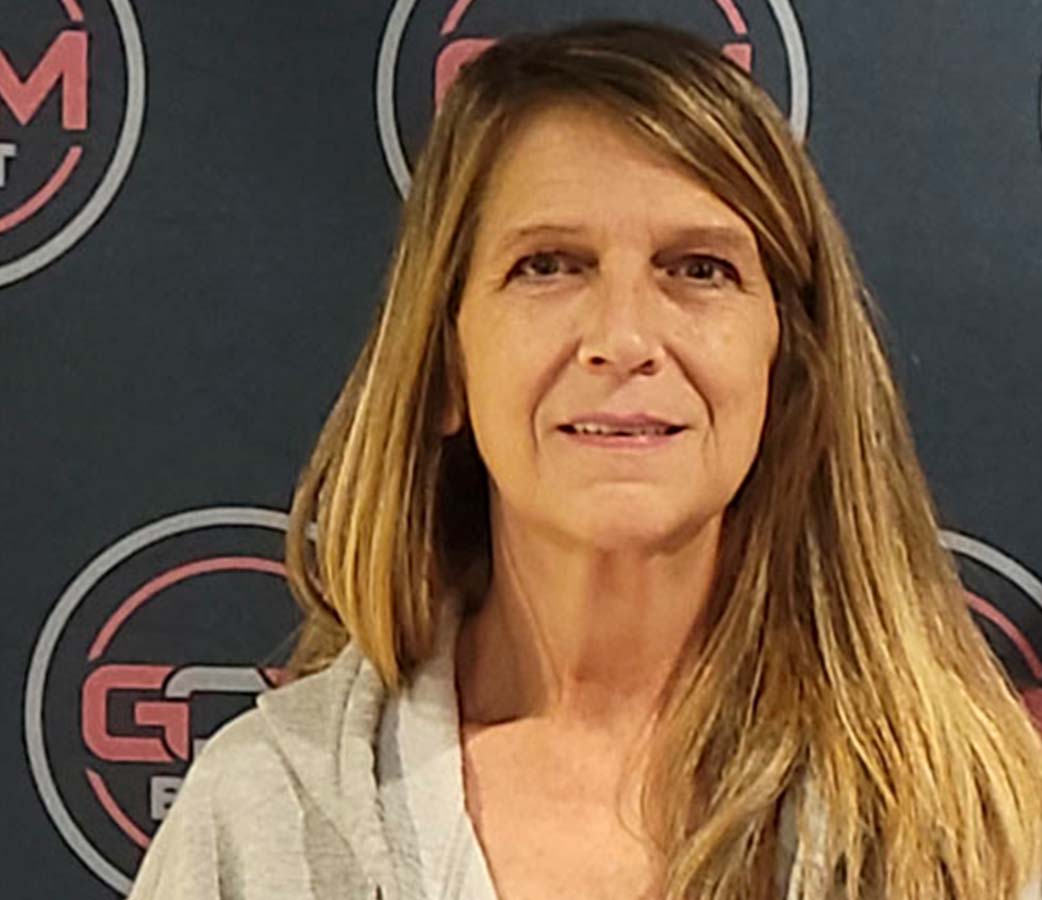 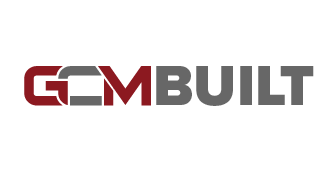 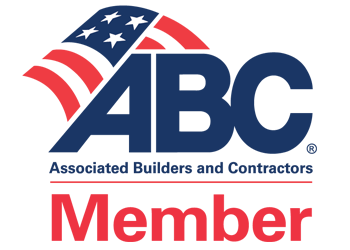 General Construction Management (GCM) was founded in 1991, with the vision of being one of the best general contractors / commercial construction management companies in the industry. Under the direction of owner Steve Blount, GCM has developed a second to none reputation for superior quality, prompt service, safe sites and client relationships built on a foundation of integrity and trust.

Due to the early success with companies such as McDonald's, GCM quickly expanded their services to include several other brands, such as Burger King, Wendy’s, Subway, Dunkin, Wawa and Chick-Fil-A.

GCM was recognized by McDonald's Philadelphia region as having the most successful project in 2018. This acknowledgement was given with consideration to key factors such as project cost, quality, and scheduling.

With our dedicated team of professionals, we have been able to exceed our clients' expectations in the most competitive markets of today. Our diverse experience, attention to detail and experienced construction crews help us to constantly expand our vision, improve our offerings and continue to produce superior commercial construction projects.

As we travel out of our area and into another, we try to utilize as many local trades as possible leaving the money in that community.

We are licensed to work in the following surrounding states: PA, DE, MD, NJ, NY, WV

We are also members of and affiliated with the ICSC, ABC and Our Local Chamber of Commerce 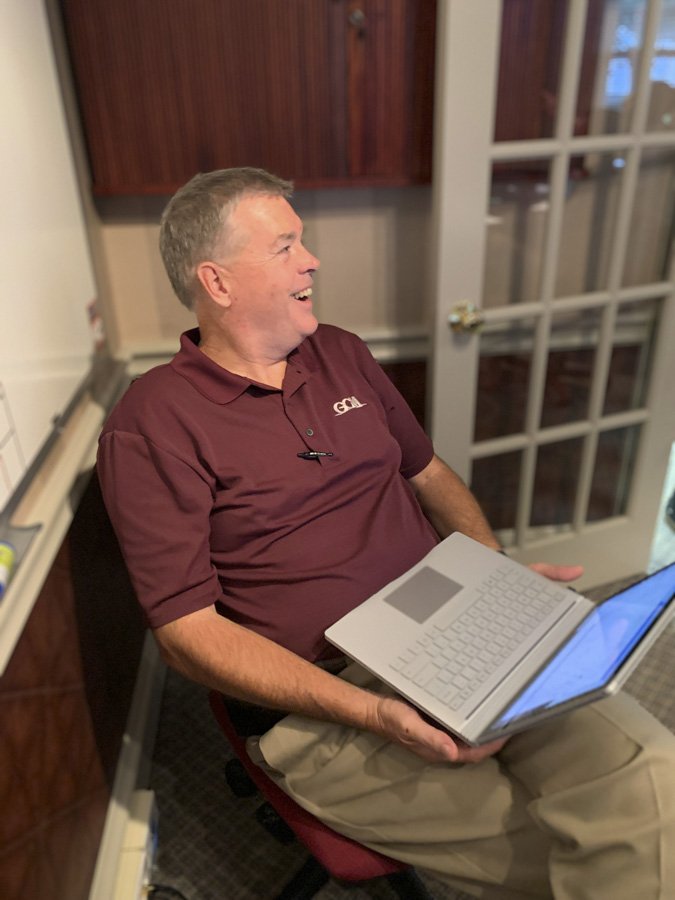 Steve started working for GCM in 2005 and in 2011 he purchased the company. Steve oversees all aspects GCM, Inc. With 30 years of experience in commercial restaurants and 13 years in Full Time Construction, Steve allows GCM to think about both Business Operations and Construction. He is responsible for the strategic planning and vision of GCM. He is actively involved in nurturing long-standing client relationships and making sure our team delivers GCM quality projects.

Steve likes spending time outdoors with his wife, and is often found at his grand-kids sporting events. He is a committed board member at the Ronald McDonald's House and has been active on other Community Boards. 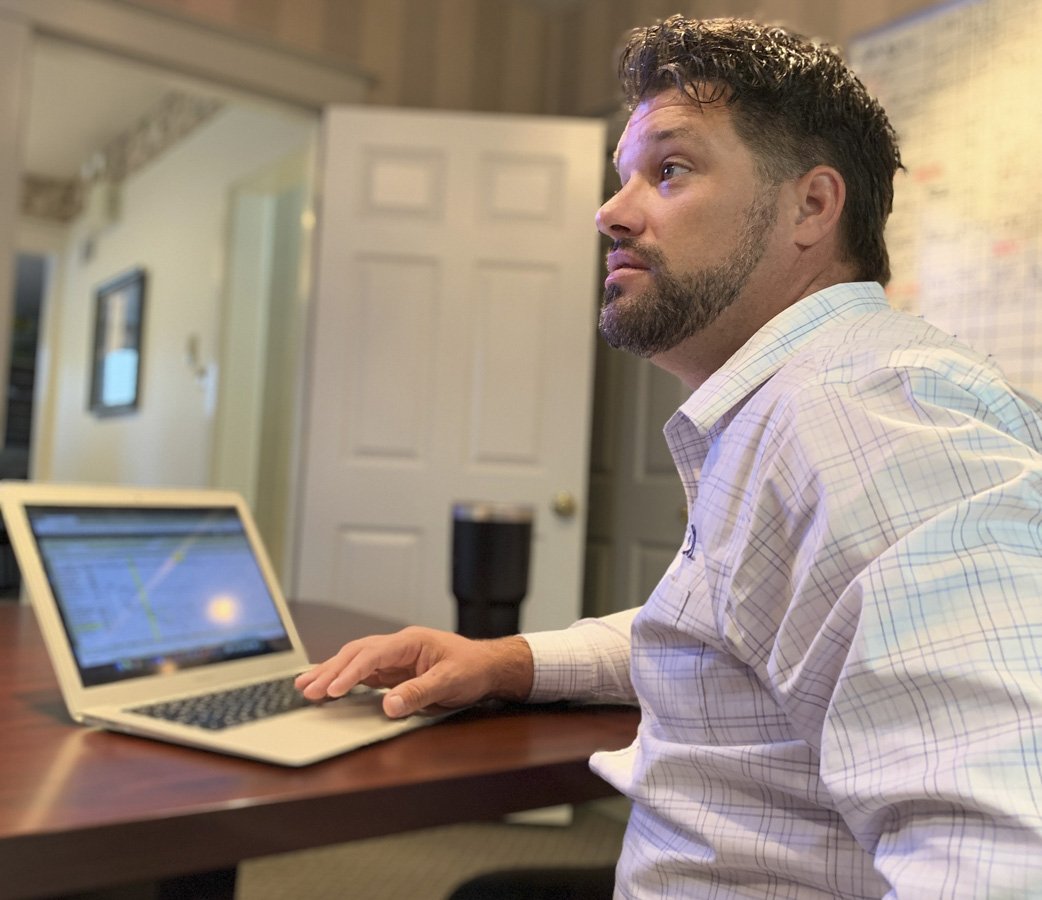 In 2015, Jeremy left full-time Pastoral Ministry to join the GCM team. After spending time in the field, with our experienced Superintendent's, Jeremy filled the role of project manager for 2016-2017. In 2018 his focus shifted to give Operational Leadership to a Major Remodel Program consisting of 40+ projects throughout Central PA and New Jersey. Currently, Jeremy is working to improve company policies and procedures, develop customer relationships, and strategically plan for GCM's continued growth.

Jeremy enjoys watching his kids play sports, spending time outdoors's, especially on a four-wheeler, and fulfilling his calling in the community as a Pastor and Chaplain. 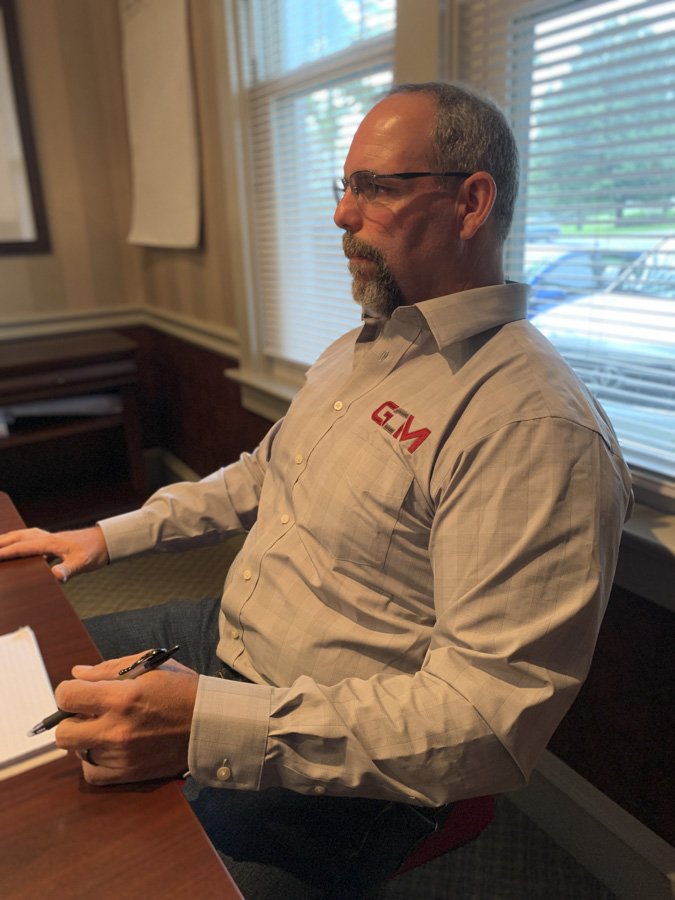 Rick joined the GCM team in 2012 and brought with him 29 years of construction experience. He has been the leading supervisor on commercial projects for more than 20 years. Ricks ability to listen to the clients wants and assists them in understanding their needs is second to none.

Rick enjoys spending time with his wife, children, and grandchildren. Working out and learning something new every day! 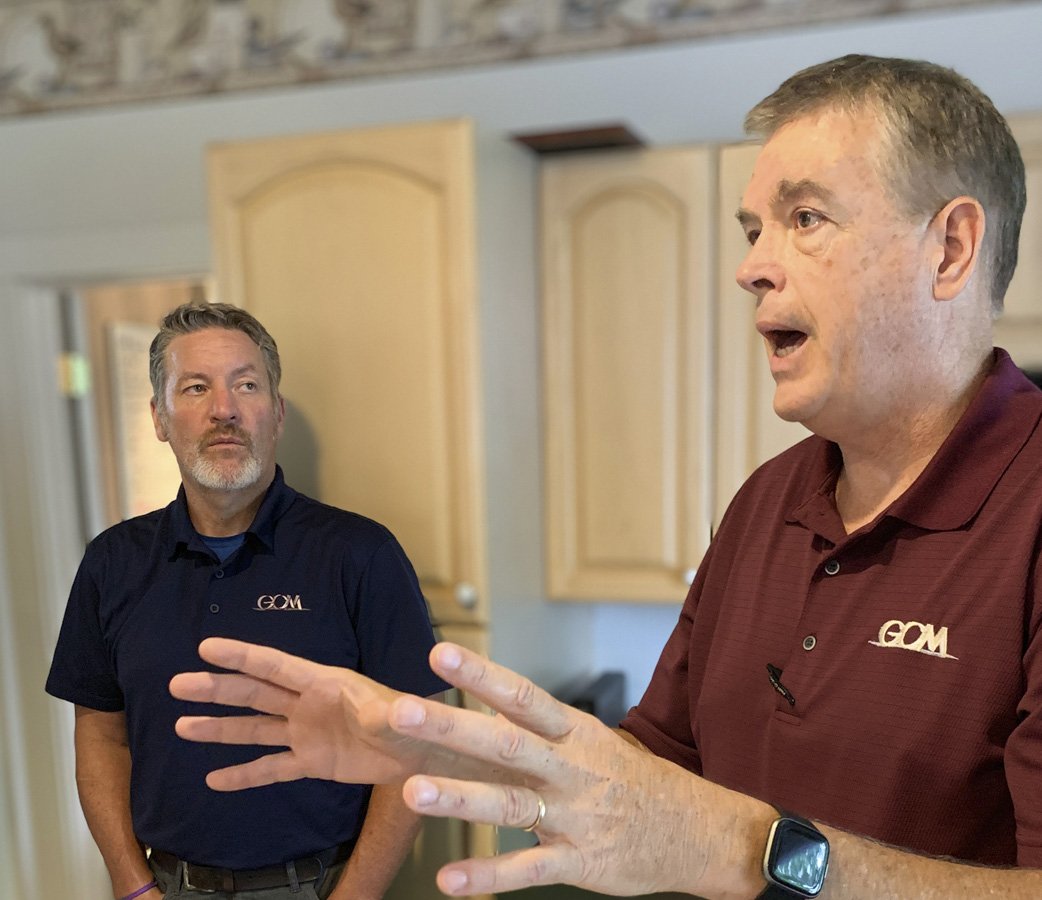 In the Spring of 2018 Jon was thrown into the fire as we were in the middle of a very intense Major Remodel Program. Jon proved that he was a quick learner that was willing to do whatever it takes to satisfy the clients needs. Jon works tirelessly to make sure that our projects meet or exceed the customers expectations. Jon enjoys working around his home and spending time with his family.
× 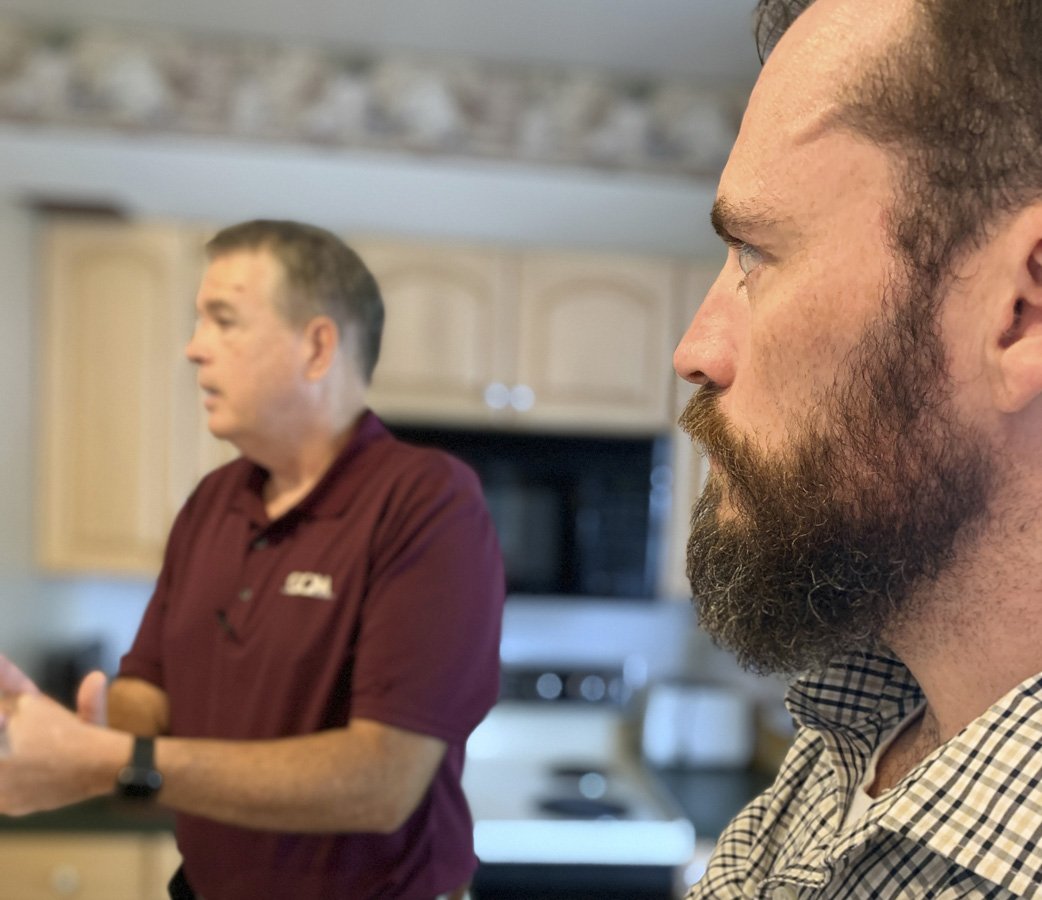 Dan joined GCM in the Summer of 2017, as we prepared for one of the busiest seasons of growth in our History. Dan's attention to detail and desire to get it right the first time set him apart. In May of 2019, an area construction manager stated that Dan and his team completed "the best punch list in 25 plus years of project management". Dan believes it is his responsibility to set each project up for success. Dan attributes his success to his faith and help from the Lord on a daily basis, and feels that he is surrounded by people for a reason, and those people are the reason that projects succeed.

Dan enjoys spending time with his family, and serving at the Lancaster Campus of LCBC Church. He spends his off time camping with his sons, fishing, hunting, playing guitar, and enjoying life in general. 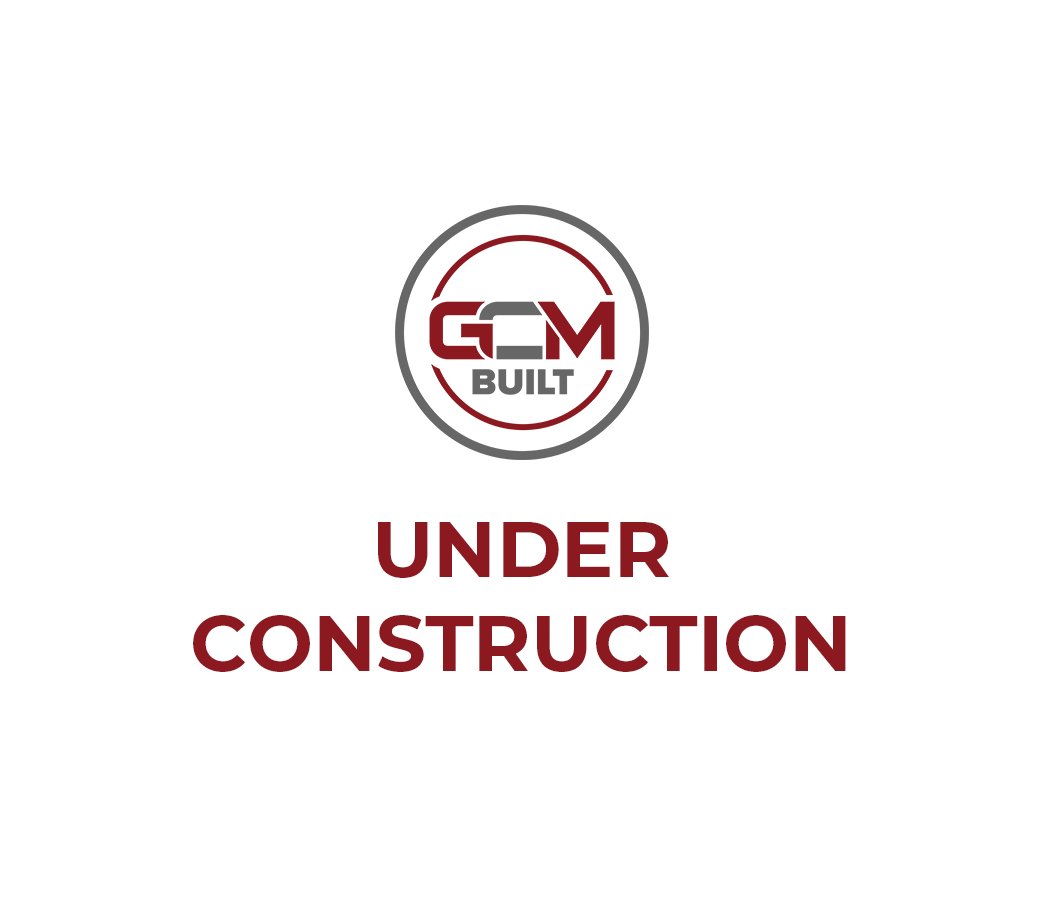 Javier started his construction career as a Laborer in 2001. Was promoted to Superintendent, Project Manager, and Estimator. Javier brings experience in both design-build and bid-spec projects. He firmly believes the key to a successful project is by being a good listener and maintaining an open channel of communication.

GCM invited Michelle Miller to join the team in October 2020 to fill a newly created Estimator position to facilitate an expansion into alternate market sectors. With over 25 years of experience in the commercial general contracting realm, she has managed and estimated multimillion-dollar projects and earned the Certified Healthcare Constructor (CHC) designation.

In addition to aiding GCM with sustainable growth, Michelle’s position was also created to allow the project managers more time to focus on their active projects and less time estimating costs. She leads pre-construction budgeting and approximates costs for negotiated and competitive bid projects.

Michelle enjoys spending free time with her family. If they are not camping, she can usually be found at a youth sports event - cheering for and snapping photos of one of her two sons, at an occasional scout outing, or hanging out around a backyard fire pit with friends.

Tom joined the GCM team in early 2020 as the Financial Controller. He brings 30+ years of construction and project accounting experience to the team. Tom is well versed in accounting and management for construction, manufacturing, distribution, and field service-based companies. In his free time, Tom enjoys spending time with his wife, Linda, and their family, walking the dogs - Jaxson and Kinsley, tackling projects around the house, auto mechanics, and playing guitar.